I’ll Show You Mine, If You Show Me Yours 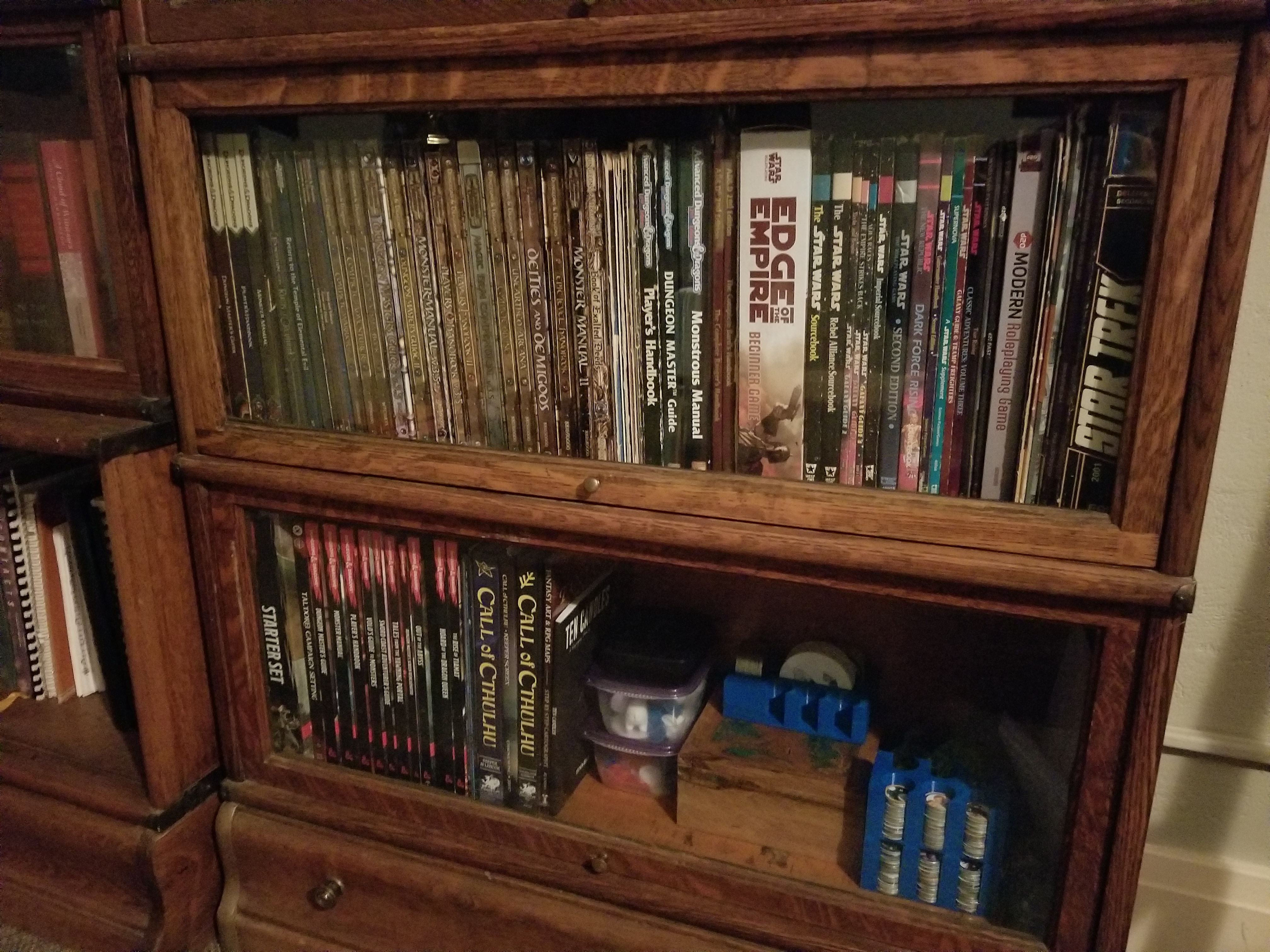 I am certainly in no way under the illusion that I have an extensive or even rather interesting RPG gaming collection.  I like the games that I like, and I want to pick up games that intrigue me.  My underlying philosophy is that games are meant to be played and not looked at. And I would even hazard to guess that the majority of roleplaying gamers feel the same way.  It doesn’t mean that there aren’t games that sit on the shelf longer than others.  And yes, Edge of the Empire, I do apologize for ignoring you for so long, but I can and will admit that I play favorites.  But if you’re not playing the games, why own them?

So if there is something you haven’t played in a while, that is tucked away in your closet, pull it out, grab some friends or gather the family and have a go!