With the COVID restrictions that have been in place over the last year, many people have had to be creative in the way they continue to play tabletop roleplaying games. Sometimes it means playing with smaller numbers or utilizing virtual tabletops (VTTs) and chat software. Star Trek Adventures, however, has a mechanism built into the game that makes playing with smaller numbers not a hindrance to the more epic scenes people may have grown accustomed to playing. I personally have found these rules helpful in experimenting with one-on-one sessions that are able to explore some of the deeper issues for which Star Trek has always been known, such as “Measure of a Man” (Star Trek: The Next Generation, Season 2, Episode 9) or the personal growth of a character like “It’s Only a Paper Moon” (Star Trek: Deep Space Nine, Season 7, Episode 10).

The rules for Supporting Characters are found in the Core Rulebook (pp. 132-135), which covers their function, creation, utilization, and improvement. At a barebones definition, they are the other members of Starfleet that any Player at the table can utilize in a Scene that does not involve their Main Character. Because they are not the main characters of the story they are less detailed or fleshed-out and much quicker to make; and their main feature is that they are situational. If you need a wunderkind, holodeck technician because the programs have become sentient (e.g. “Ship in a Bottle,” TNG, Season 6, Episode 12), a fellow prisoner who has knowledge of gladiatorial tactics from across 10 different systems to train your character to survive in an alien race’s blood sports (e.g. “Tsunkatse,” Star Trek Voyager, Season 6, Episode 15) or, of course, the infamous red-shirt to head down to the planet, then the Supporting Character mechanic is your tool. Their most frequent use, however, will be the way a player can be a part of the action when their main character doesn’t really have a good reason to be in the scene. Does it really make sense for the ship’s botanist to be engaged in a war game’s exercise?

Starships and starbases appear to be massive places with a seemingly endless cadre of individuals from which to draw. In one sense this is correct, there are 100s if not 1000s of beings at the various Starfleet postings, however the number that can be introduced into a given Adventure is directly proportional to a ship’s or starbase’s Crew Support number. The Crew Support Number is equal to a ship’s Scale, so for instance the Klingon, B’Rel-class Bird of Prey (The Klingon Empire Core Rulebook, p. 210) has a Scale of 4. Therefore with each Adventure, the players may introduce up to 4 Supporting Characters in it. There can be an infinite number at the ready for use, but only those 4 would be allowed in a specific adventure.

Creating a Supporting Characters is a 5-step process but is fairly intuitive because of their situational nature. Naturally then, the first step is to determine the character’s purpose. Simply put, what role are they going to fill, which of course determines their Department? As an example, in the Enterprise-episode “Dear Doctor” (Season 1, Episode 12) Dr. Phlox needed the assistance of an exobiologist to collect samples from the Menk in order to seek a cure for a genetic disease on Valakis, so Crewman Elizabeth Cutler assisted him in that task. In the mechanics of STA her role is as an exobiologist and assigned to the Science Department.

The next two steps is to assign both the Attributes and Discipline levels based on standard arrays. Supporting Characters’ Attributes (10, 9, 9, 8, 8, 7) and Disciplines (4, 3, 2, 2, 1, 1) are assigned as seen fit. The only rule on their assignment is the highest Discipline needs to be assigned to their Department, as well as adding the species’ trait boost to their Attributes. (The Attribute boosts are found in the playable character sections of the Core Rulebook [pp. 103-110] as well as additional options in the Quadrant Sourcebooks: Alpha Quadrant [pp. 72-82]; Beta Quadrant [pp. 76-85]; Delta Quadrant [pp. 66-76]; and Gamma Quadrant [pp. 61-76].) Going back to our example of Crewman Cutler, we might assign the following statistics: Control 8, Fitness 9, Presence 9, Daring 7, Insight 10, Reason 11; and Command 2, Security 1, Science 4, Conn 1, Engineering 2, Medicine 3. You might assign them differently, but the important point is because she is a human character we are able to add 1 point to 3 different Attributes (in this case Presence, Insight, and Reason) and the other point is assigning the highest Discipline score to Science.

Similar to Player Characters, Supporting Characters also receive Focuses that increase their critical success range when used in a Task; and so at creation we create 3 of them, one of which must be directly related to their purpose. Crewman Butler needs to have experience as a xenobiologist so of course it can be one of the Focuses, however her profession is as an entomologist so we can assign entomology. In addition we’ll add Twentieth-Century movies (based on the episode referenced) and Emergency Medicine (she was also a medic on the Enterprise NX-01). The final part of creation is to give them a name, a rank and assign them standard equipment necessary for their job (e.g. uniform, combadge). The core rulebook says their rank should not be above a lieutenant and more probably an enlisted crewperson. It is only a suggestion, but I think the other piece of advise is more prevalent – they shouldn’t be the ones giving orders to the Main Characters. 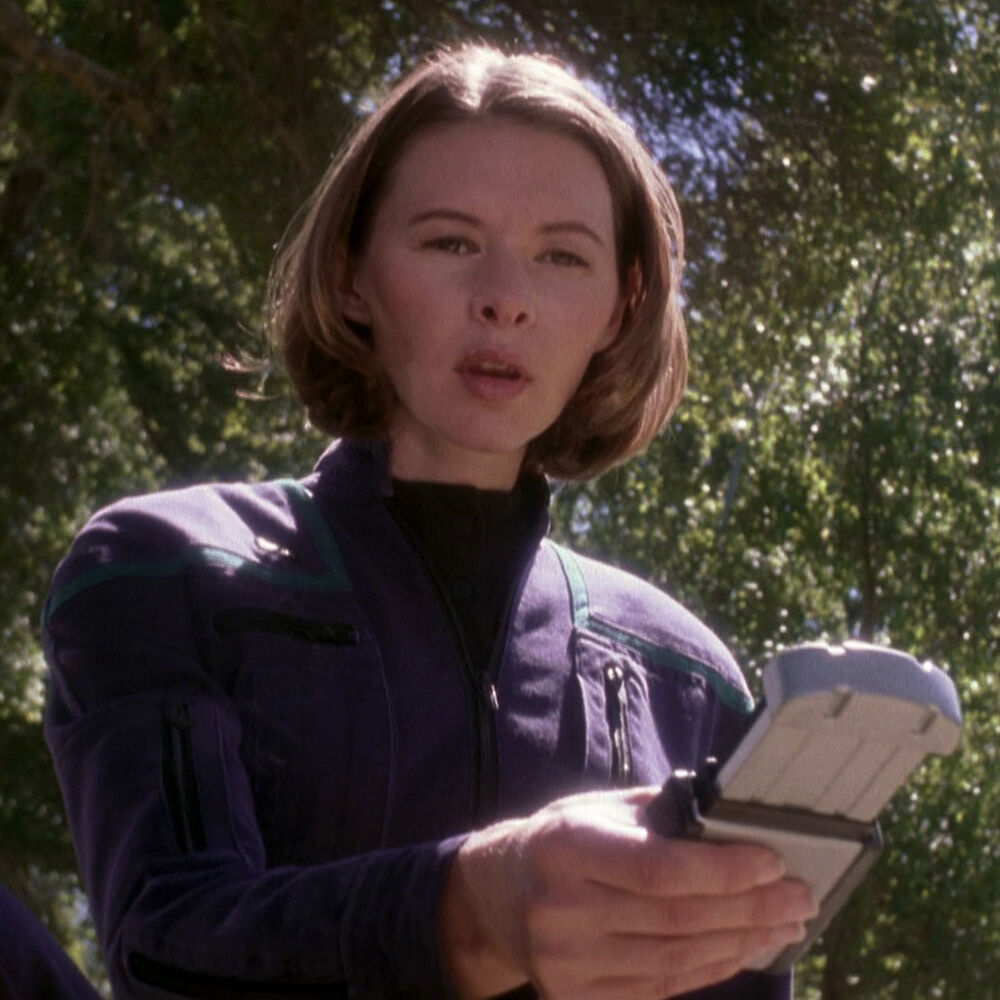 Crewman Cutler made her first appearance in “Strange New Worlds” (Season 1, Episode 4), so when she is introduced in “Dear Doctor” we can actually “level-up” our Supporting Character. In the episode she is greatly disturbed at the Valakians’ exploitation of the Menk. To mechanically make this work, we can give her a Value of Always with the Underdog. If she wishes to do something to help the Menk or a later oppressed people, she can now be awarded a Point of Determination to automatically receive a Critical Success on an additional d20 in her dice pool. When all of the Supporting Character’s stats have been maxed out according to this mechanic, it is not necessarily the end of their Starfleet career. They can now be advanced as part of a primary, Player Character’s advancement, “reflecting a Main Character training and developing the personnel under them” (Core Rulebook, p. 135).

How to Use a Supporting Character 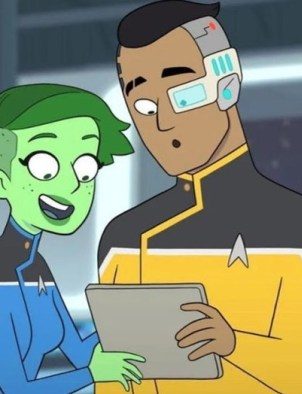 Supporting Characters are also limited in their Actions. Typically there are reserved to Minor Actions or other “incidental actions” necessary for the character to remain with the group or to follow the orders of more senior officers. When resolving a Task on their own, it must be one with no higher than a Difficulty of 0; there is no limitation on Assisting in a Task however. In Combat situations they may only Assist and as a result will not receive their own Combat Turn. They might not be able to directly be involved in Combat, but they have other abilities that might make them useful. Like Minor NPCs they are unable to Avoid Injuries with a Threat or Momentum Spend. The GM’s attacking enemy will not normally discriminate between Supporting Characters (they’re redshirts after all!) and other Player Characters, meaning they can still keep ‘action economy’ in the Players’ favor during battles. The rules for character death on a scene change without medical attention still apply to Supporting Characters too. If the Supporting Character is taken out a Scene because of an Injury, the Player may immediately assume another Supporting Character (assuming the Crew Support number still permits it). Another advantage of Supporting Characters in a Scene is that a Player who roles a Complication as part of a Task can decide the Supporting Character is the recipient of the negative result. One final usage for a Supporting Character is to act as an Advantage, either reducing the Difficulty of a Task by 1 or making something that would normally be impossible to do on one’s own, possible because their is another set of hands to work on the project or another set of eyes to get a different perspective.